The Nullarbor Through Its Food 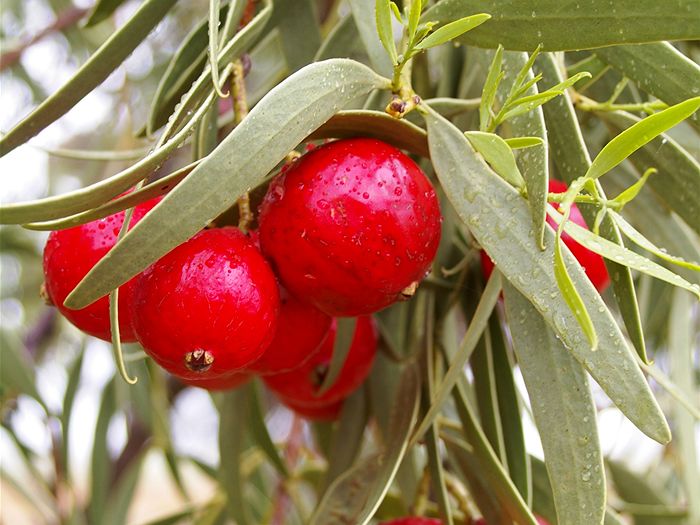 When we travel, one of the first things we look into is the food. Places have personalities, and food is one of the greatest ways to learn and understand it. After all, eating is instinctual, it is dynamic, ever-evolving and alive: a mirror to a place’s culture and people – a testament to a collective consciousness. One can even look at a place’s cuisine as a people’s reaction to their environment, a graceful dance with whatever they have been given.

Nullarbor, as an environment, is all about survival—it is an arid desert that stretches for about 200,000 square kilometres—a blank, brown canvas, seemingly endless. Everything that manages to live in the Nullarbor is designed to subsist in extreme environments. These animal and plant species are the main ingredients in the region’s cuisine, and combined with unique methods of preparation, the Nullarbor has managed to spring forth very interesting dishes.

Bushfood—Going Back to the Basics

Bushfood is a collective term used to refer to any food native to Australia and used as sustenance by Australian Aboriginals. Traditional aboriginal people lived off the land as nomadic hunters and gatherers for over 40,000 years. Several generations have acquired the skills to make the best of what their environment has to offer– they knew which plants and animals could be eaten, which ones could be used for medicinal purposes.

Bushfood, in the context of the Nullarbor, could refer to a variety of nuts, fruits, vegetables and seeds that grow in the Outback. An example of this is the Quandong (Santalum acuminatum), more commonly knowns as the “wild peach” or “desert Peach”, is a small, red fruit rich in vitamin C and fats, which makes it valuable in the arid, desert-like environment of the Nullarbor. Aside from being a valuable sustenance, it also has medicinal properties: antibacterial qualities are present in the kernel and roots of the tree, often used as balms to soothe. The kernel and wood are both highly flammable as well. 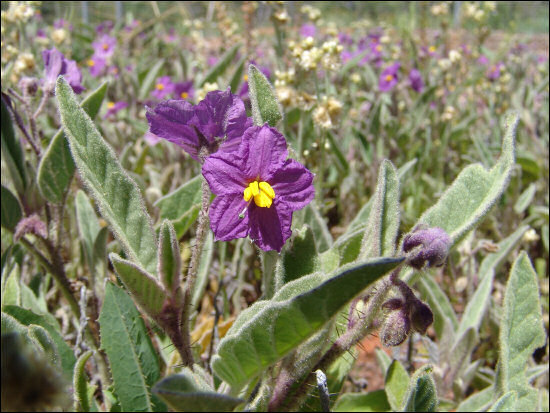 Another is the potato bush (Solanum ellipticum) which is also known by a more ambiguous name, the “bush tomato.” This plant looks like a piece of grass growing about 30cm high with a tuber attached, and can be eaten raw or cooked. However, some species of the plant are poisonous. Bush folk know the difference, and know how to identify the edible ones and prepare them.

The pencil yam (Vigna lanceolata) is an important bush food for Aborigines in the Nullarbor, so much so that there are many Dreaming rituals that surround it. They are found in creek beds — their white roots are cooked in hot earth beside a fire until they are firm. 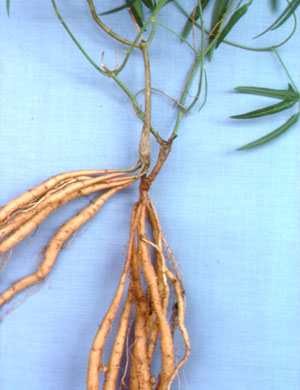 Kangaroo and emu meat are also edible. On the traditional preparation of kangaroo meat, the book Arrernte foods : foods from Central Australia explains,

“In the old days, people used to sic their dogs on them and spear them. The milk guts are pulled out and a wooden skewer is used to close up the carcase. Then it is tossed on top of the fire to singe the hair which is scraped off, and then it’s [put in a hole and] covered up with hot earth and coals. The tail and both feet are cut off before cooking. These are put in together with the rest of the carcase.

The kangaroo is chopped up so that many people can eat it. The warm blood and fluids from the gluteus medius and the hollow of the thoracic cavity are drained of all fluids. People drink these fluids, which studies have shown are quite harmless. Kangaroos are cut in a special way; into the two thighs, the two hips, the two sides of ribs, the stomach, the head, the tail, the two feet, the back and lower back.” (par. 15, 16)

Although eating kangaroo meat used to be a heavily debated topic, these days you can find it in your local Coles or Woolworths. Kangaroo meat is high in protein and low in fat.

Bush food is all about practicality: easily found, and easily prepared, nutritious and useful. 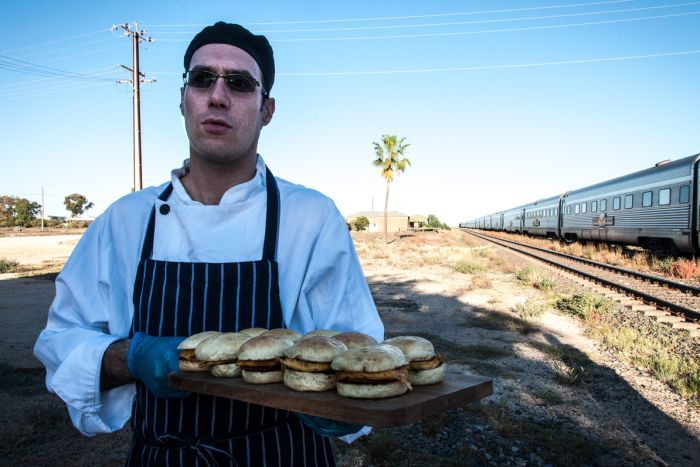 In the present time, there is a movement to incorporate traditional bushfood ingredients to contemporary dishes.

In the forefront of this movement is Chef Michael Mackenzie. Mackenzie toured the country looking for local ingredients, particularly bush food in the Nullarbor, to incorporate in his cooking. He tried Kalgoorlie’s sour beer, a rare type of beer that is very hard to brew. In Rawlinna, he tried dishes seasoned with saltbush and blue grass. In Adelaide, he sampled wattleseed milkshakes.

Sites such as Native Tastes of Australia provide easy recipes for those who want to use traditional bush food ingredients in their home cooking.

Regarding the typical Australian palate, Mackenzie observes, “We’ve embraced every other nation food-wise [it’s time to] be proud of what we got here.”

Interested about trying local Nullarbor fare? If you want to explore food choices in the Nullarbor, contact us here at the Nullarbor Roadhouse. We’ll be happy to give you a true taste of the Outback!

A Food Odyssey Across the Nullarbor