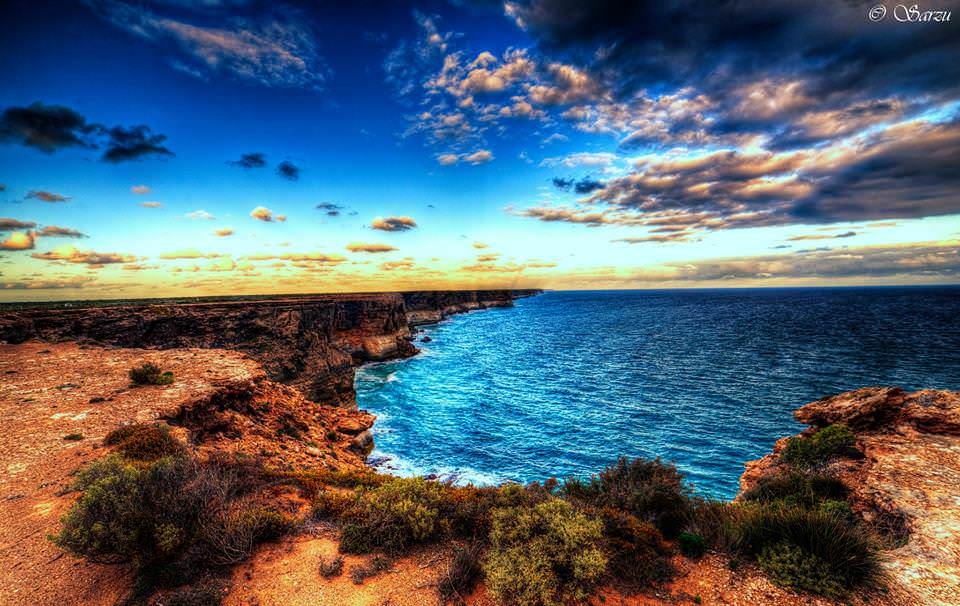 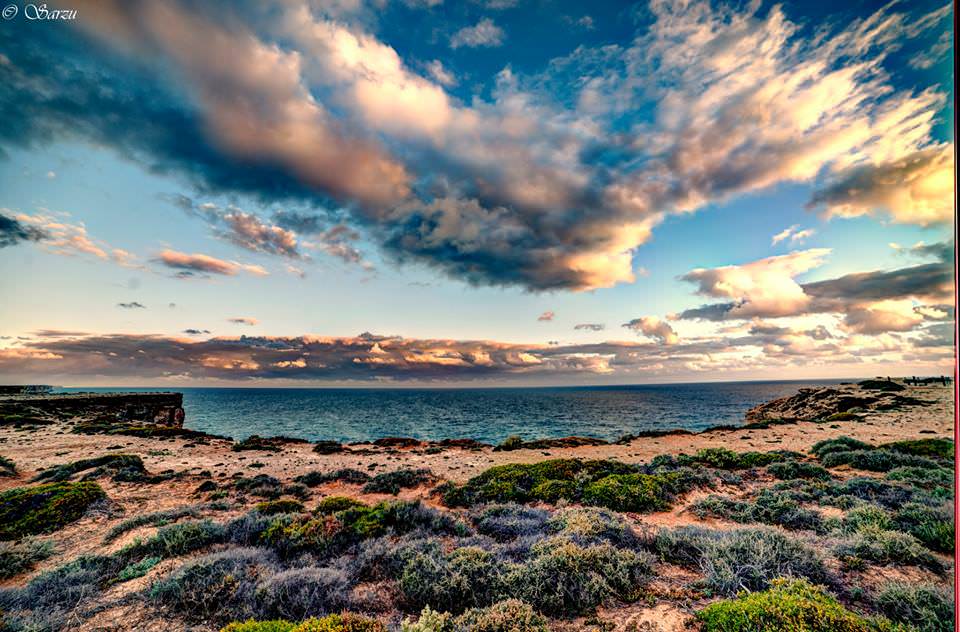 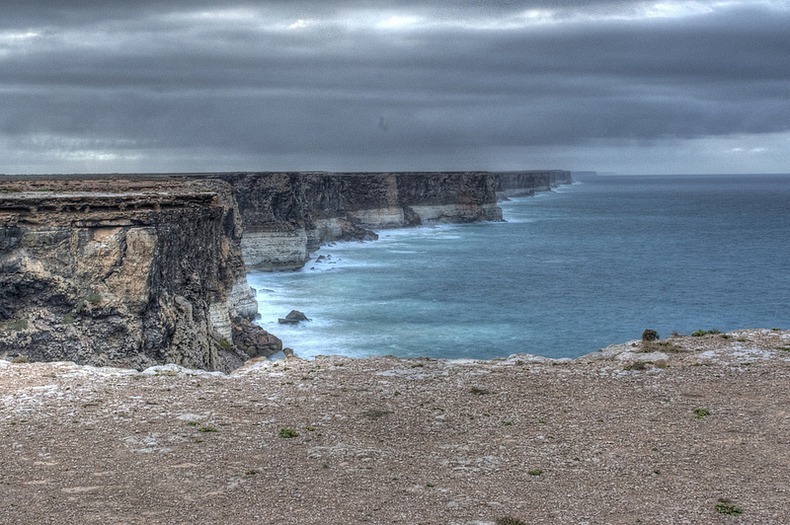 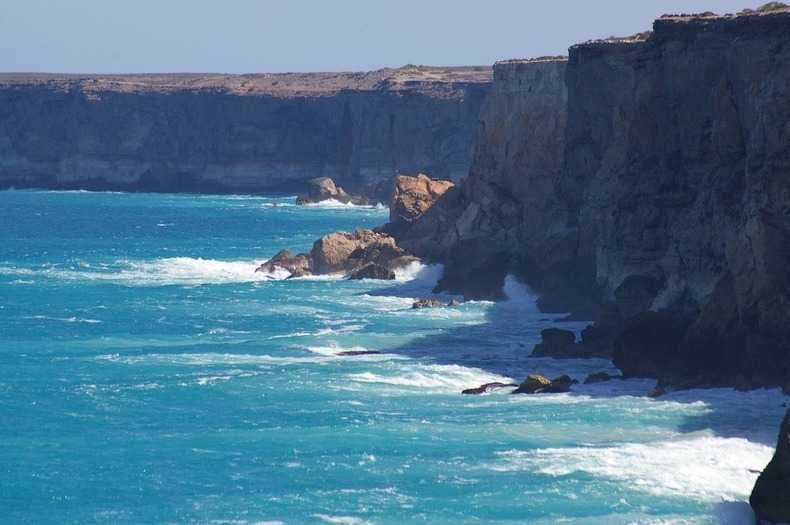 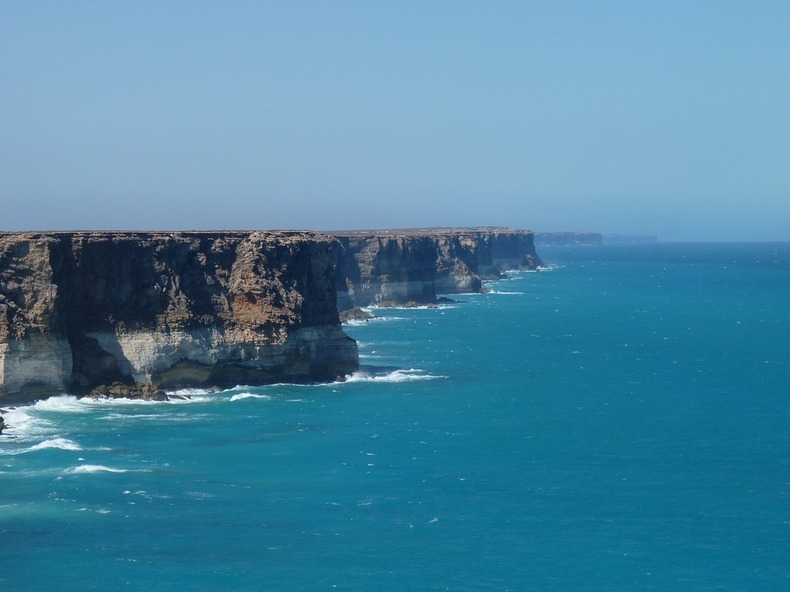 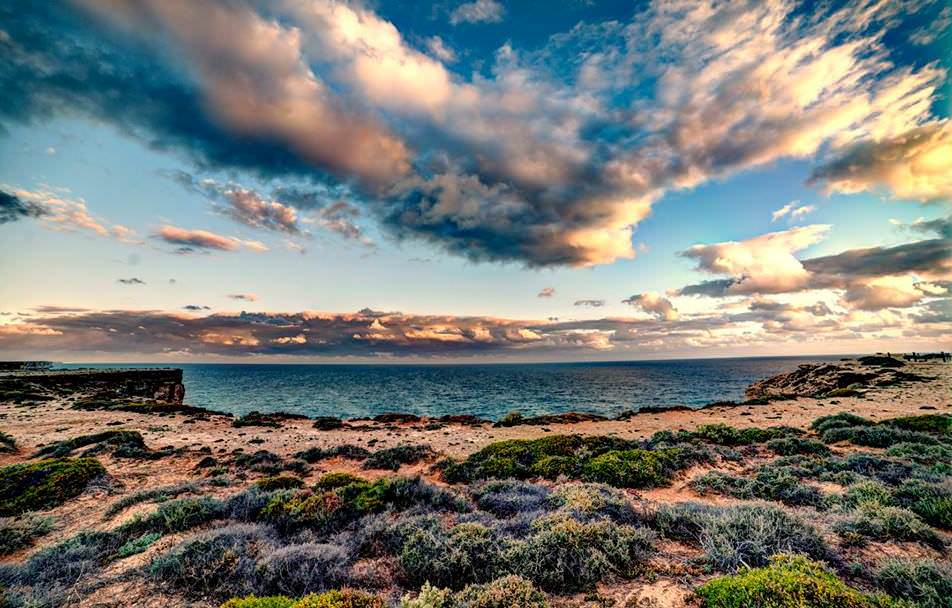 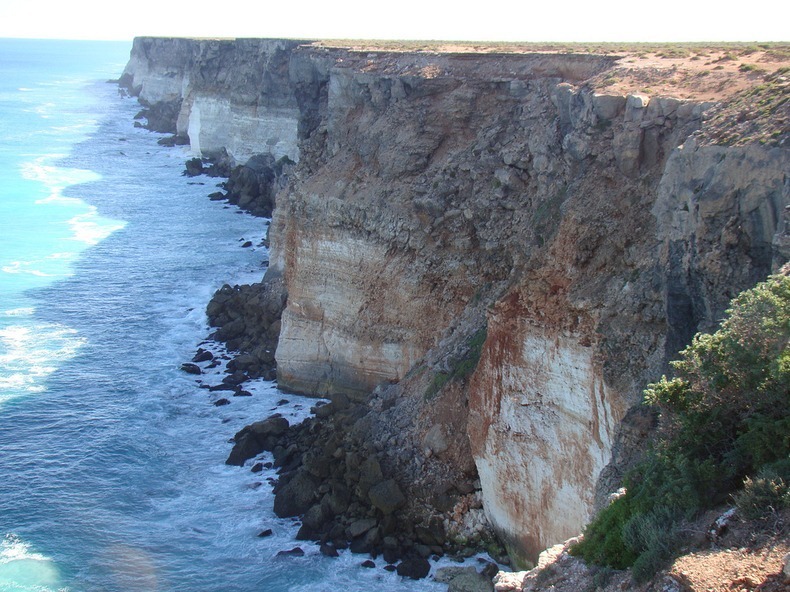 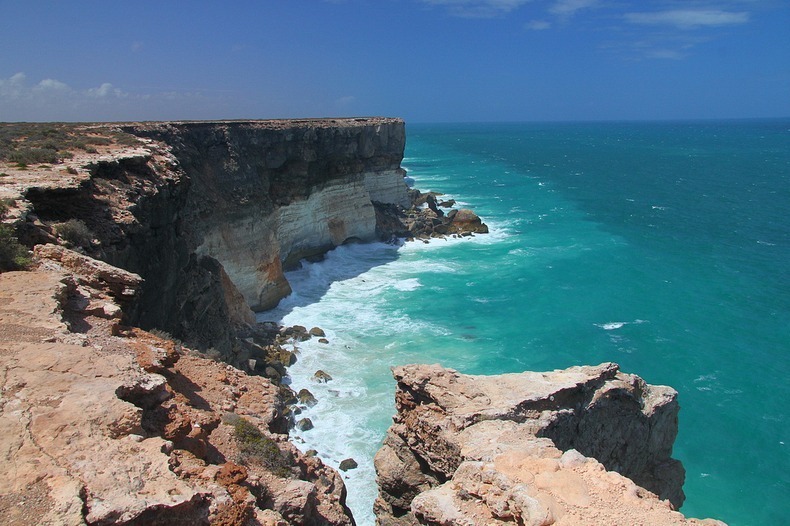 Along the Great Australian Bight the Bunda Cliffs extend 200kms, between the Head of the Bight and the border with Western Australia. They are the southern edge of the limestone slab which forms the Nullarbor Plain and extends far inland.

Along the base of the cliffs is lighter in colour as this white, almost chalk like material is Wilson Bluff Limestone. This material formed as part of an ancient seabed some 65 million years ago, when Australia began to separate from Antarctica.

Over an 85km stretch of the Eyre Highway, there are signed, gravel access roads leading to each of the five main lookouts. The Bunda Cliffs are 20 kilometres to the east of Nullarbor Roadhouse.