Getting Closer to the Sea with Border Village

Border Village, found near the border between South Australia and Western Australia, has plenty to offer with interesting places and views. Also known commercially as BP Border Village, the area is more than just a stopping point to visitors, since the village leads to the breathtaking cliffs of the Great Australian Bight.

History of the Frontier

The Mirning people were the traditional owners of this coastal settlement in the peninsula. European explorations of Nullarbor started around 1841, where Edward John Eyre and his fellow expeditioners had to endure a waterless 5-day trek across Bunda Cliffs, which are near the village’s location. The expedition team survived when they found native wells in the sandhills upon arriving in Eucla. 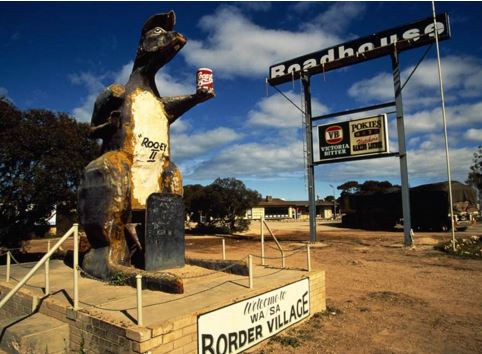 Border Village is situated at the western end of Bunda cliffs, separating the Nullarbor Plain from the Great Australian Bight. There are a total of six clearly marked lookout points between the border village and the Nullarbor, where you can get a majestic view of the sea that cannot be found elsewhere. The place is not ideal for people who have a fear of heights, though: the cliff lookout points rise sheer for about 100 metres from the sea.

If the daredevil in you is ready for an adventure, then you can head to the lookouts found in Border Village. In lookouts #1 and #2, you can have a closer look at the Nullarbor cliffs carved by nature, dropping down to a narrow coastal plain washed with sand dunes and scrub. Spending half a day here, you can climb down the cliff to make your way across the coast.

Lookout #3 allows you to see the cliff face, where you can also dangle off the edge of the cliffs for a thrilling experience. Next comes the most famous sections — lookouts #4 and #5. Both of these lookouts are located on cliffs that extend out, providing visitors with impressive views from east to west. Standing 100 metres above the Southern Ocean, you can observe the longest cliff face in the world. There’s something relaxing yet awe-inspiring about this one-of-a-kind look at nature where the sky and sea seem to have lost their borders as they meet from the cliff’s standpoint.

You can find the Eyre Highway Memorial at lookout #6, but viewing the cliff face from this section is as difficult as lookout #3. While you’re in the village, you shouldn’t miss a photo opportunity with Big Roo or Rooey II, an enormous kangaroo statue welcoming you to Western Australia. 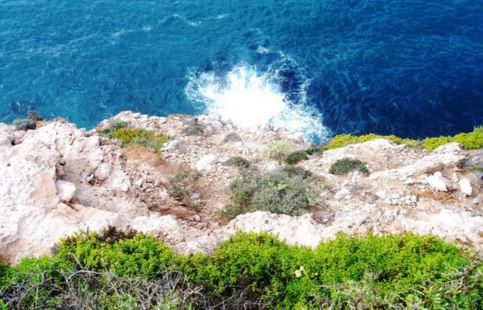 Border Village can be found 12 kilometres east of Eucla and 187 kilometres west of Nullarbor Roadhouse. If you’re coming from Western Australia, you can locate Border Village on the border, 50 metres from the Agricultural Checkpoint. Take note that fresh fruit, seeds, honey, plant and soil material will be confiscated.

Travellers crossing the Nullarbor should also know that South Australia’s checkpoint is located at Ceduna, 500 kilometres east of Border Village. Isolated yet breathtaking in itself, Border Village is a Nullarbor itinerary you shouldn’t miss.

Driving to Border Village? Get everything you need by contacting us at Nullarbor Roadhouse. We’re always ready to assist you to make your Nullarbor journey memorable.