Meet the Rare Species of Fauna Living in the Nullarbor 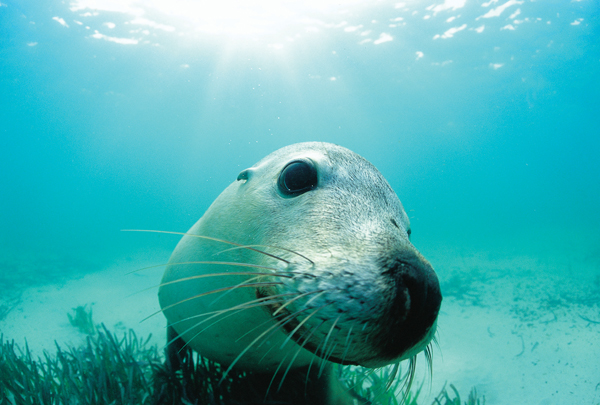 There’s a reason that vast areas of the Nullarbor Plains are heavily protected. Apart from the priceless value with regards to Australia’s pioneer and aboriginal history that can be found in it, the Nullarbor is home to a huge variety of fauna—from majestic birds to fascinating mammals and reptiles. Australia has always been known around the world for the incredible richness of its animal and plant species, and the Nullarbor is a living ecological testament to just how many amazing and rare species can be found. 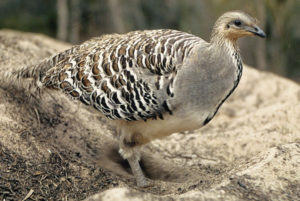 The Mallee Fowl
The Mallee Fowl is a rare and fascinating bird that has drawn the attention of many ornithologists around the world, mainly due to its nesting habits. The female mallee fowl will lay one gigantic egg (it’s very large compared to its body) into a large mound of earth, twigs, and leaves that has been built by its mate. The female then leaves the male to look after the mound, which provides the heat needed to incubate it. The male is very meticulous about this mound, testing the temperature with his beak, and kicking sand and earth away if the mound it too hot. If it’s too cold, he piles more on. He is very focused on keeping this mound just right, and in a little over forty days, the chick burrows its way up out of the mound. The large egg is so nutritious that the chick will be able to fly in just twenty-four hours. 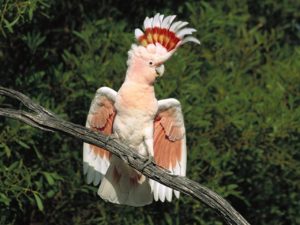 The Major Mitchell Cockatoo
Found in the Eyre Bird Observatory in the Nullarbor National Park, this cockatoo has soft white and salmon pink plumage that makes it very striking. Males are larger than the females and the females have red eyes once they mature. This cockatoo has become quite rare, especially in the arid regions of Australia mainly due to numerous man-made changes. The cockatoos don’t enjoy nesting close together, and require extensive woodlands to comfortably exist. Unfortunately, their habitats are continuing to shrink, and hence they have been placed under the threatened species category under the Victorian Flora and Fauna Guarantee Act.

The Australian Sea Lion
Considered as one of the rarest species of sea lions in the world, Australia places great emphasis in protecting this species. It breeds in the South and West coasts of Australia, with a breeding season lasting from five to seven months. The sea lions practice alloparental care, which means that it is not unusual for an adult sea lion to care for pups that have been adopted, perhaps due to being separated from its original parents. Sadly, there are just over 14,000 sea lions of this species left in the world.  Since the European settlement in Australia, this breed has been heavily hunted, until the large scale hunting ceased in the 1920s. 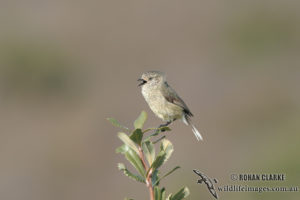 The Slender-Billed Thornbill
This species of thornbill just barely clears being classified as vulnerable, though their numbers are continuing to decrease each year. The shrublands, which are their natural habitat, are being eaten away by sheep and rabbits, giving them fewer areas to nest in. It’s not often that one spots a slender-billed thornbill alone—it enjoys being in flocks or in a group of eight. Their breeding season is from July to November, with females laying up to three eggs in their nests made of debris and shrubland material.
There are so many amazing species in the Nullarbor that getting to know them would be an immensely fascinating and educational adventure. Contact the Nullarbor Roadhouse for further help in planning your Eyre Highway journey.