The Roadtrains in Eyre — Dancing with the Kings of the Road

The Eyre is a long road: a place that seems to (and could, quite literally) drag on for days. In between roadhouses and pit stops, the road seems to just stretch out endlessly through the horizon with nothing but the vast, brown desert on the left and on the right. Every traveller is prepared for the boredom on the road—keeping focused, dealing with the extreme temperatures and the mirages.

That is, until they see one of the biggest, baddest machines roaming the roads, a common sight in the Eyre: the road train.

What are Road Trains? 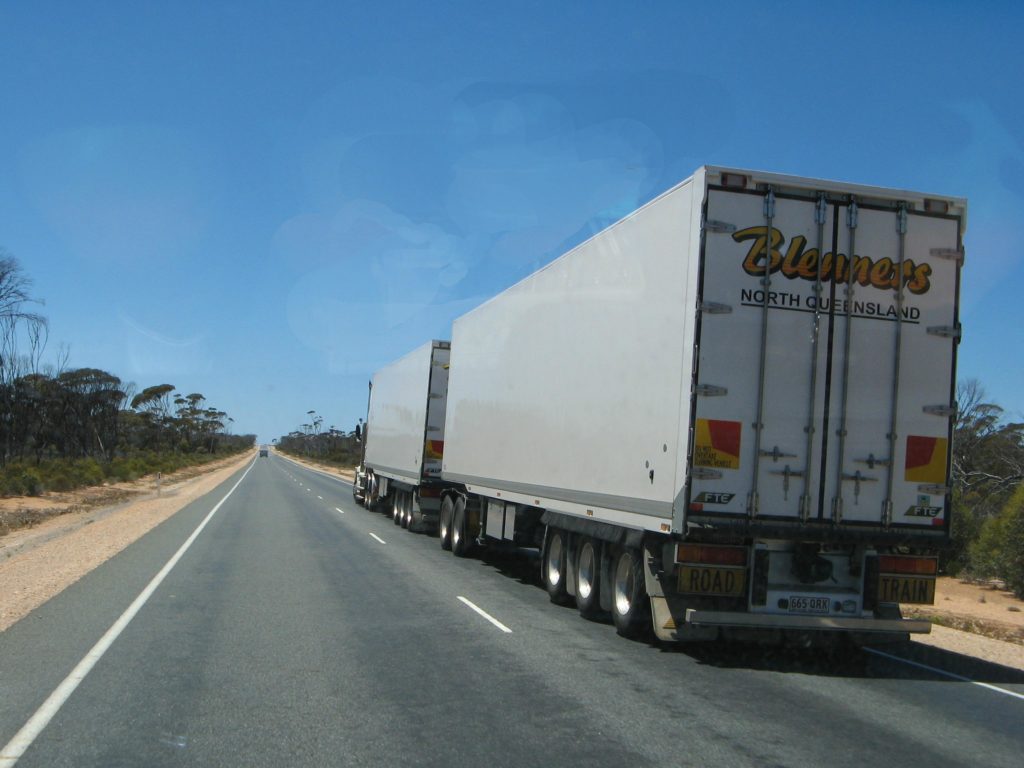 A road train consists of a conventional tractor unit, but with multiple trailers or semi-trailers. They’ll carry all sorts of loads like livestock, fuel, mineral ores they can be set up to haul just about anything.

The road train as we know it was invented by Kurt Johanssen after he was challenged to transport 100 head of cattle instead of the usual 20. He was provided with financing that amounted to a couple of thousand pounds, and was inspired by the tracking abilities of the Government road train.

Two years later, Johanssen’s first road train was up and running. His self-tracking trailer system allowed a prime mover to pull several trailers at once, revolutionising the method of getting cattle to markets from the outback stations, and by extension, the way freight is moved around the world.

Dancing With the Kings of the Road

Just by sheer size—triple (three-trailer) and AB-Quad road trains have a maximum combined length of 53.5 m—road trains can quite literally dominate roads. The Australian national heavy vehicle speed limit is 100 km/h. Now, imagine driving through the Eyre and encountering one of these giants after a long stretch of quiet road: dust clouds appear on the horizon, and the ground starts shaking. A writer from HubPages even experienced having the rubber and metal trimming around the car’s windshield sucked out by the mere suction of the train rolling past.

So how do you go about dancing with the kings of the road?

Nullarbor Roadhouse is the perfect refuge from the challenging Eyre road — and the perfect place to learn more about the area. Contact us! We’ll be happy to show you around!